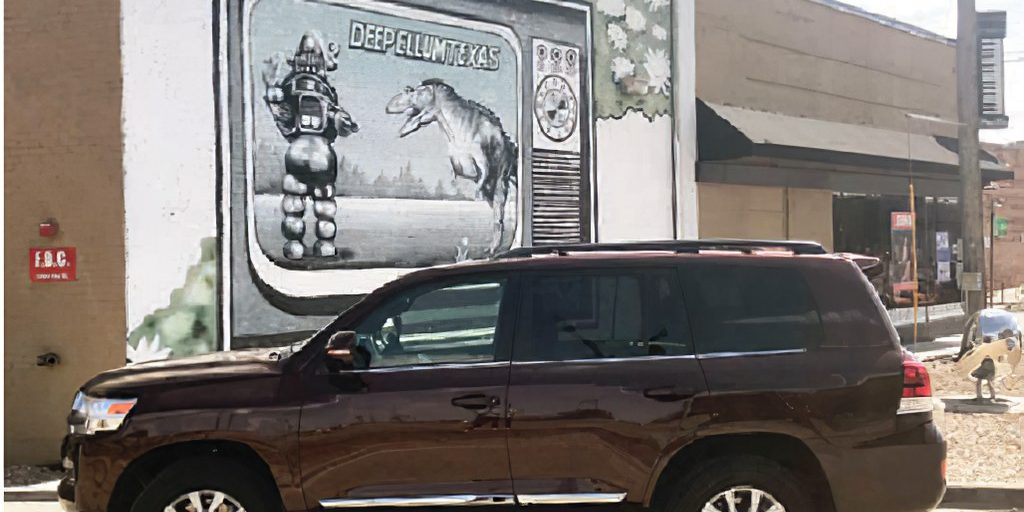 Dallas’ famous neighborhood is more than a late-night out.

For many of us DFW natives we have seen the eccentric neighborhood of Deep Ellum evolve from being the hotspot of the late ‘90s counter culture through a decade long downturn and now it designation as a food, art and music community that grows every year.

Mainstays like Trees, Club Dada and the Green Room helped define the uniqueness of Deep Ellum and many Gen Xers remember those spaces fondly. Now, in 2018, Deep Ellum has a plethora of trendy breweries and upscale restaurants that attract Dallasites of all ages to the walkable neighborhood.

“I was given the opportunity to take the new 2018 Toyota Land Cruiser for a spin around one of my favorite Dallas day trips.”

Deep Ellum has always had an element of public art that has drawn enthusiast to the exposed brick and sculptures on the periphery of the neighborhood. In the Instagram age, murals are the places to be seen – online and in person. Over a dozen murals are featured all over the dilapidated faces of Deep Ellum’s older buildings.

Deep Ellum still has the underground favorites of the past, but it has also grown up a bit. Chic eateries like Zatar, Idle Rye, Harlow MXM and Stirr are the sleek places to grab a bite, selfie and enjoy specialty cocktail programs from some of the best bartenders in town.

There’s more to do than eat and drink in Deep Ellum with the arts scene and shopping during their monthly mimosa walks and art fairs. Another fun idea, goat yoga. Oh yes. Deep Ellum Yoga (108 S Crowdus St.) has brought the farm to the city.

Pick a pop-up class or practice in-studio. See the event and class schedules and book online at Deep Ellum Yoga.

The 2018 Toyota Land Cruiser is not an SUV for everyone, but it can probably fit everyone in it. The car can seat seven to eight people inside it’s plush leather seating. Swivel flat screens cater to anyone looking for entertainment in the back seat and it is the definition of luxurious detail.

One feature you may have never thought of, a cooler in the front console. A deep cooler sits between the front seats and can chill those leftover from brunch or keep a drink cool while you hop out of the car for an errand.

The Toyota Land Cruiser also has cornered the market on customization. There are over 50 buttons around the driver seat allowing you to have complete control over so many aspects of the driving experience.

A flat touch screen allows for the tech to take over with overhead rear camera display, navigation and information about the Land Cruiser’s engine, fuel consumption and more.

The Events of Ellis County
December 2022

Be of Good Cheer
December 2022