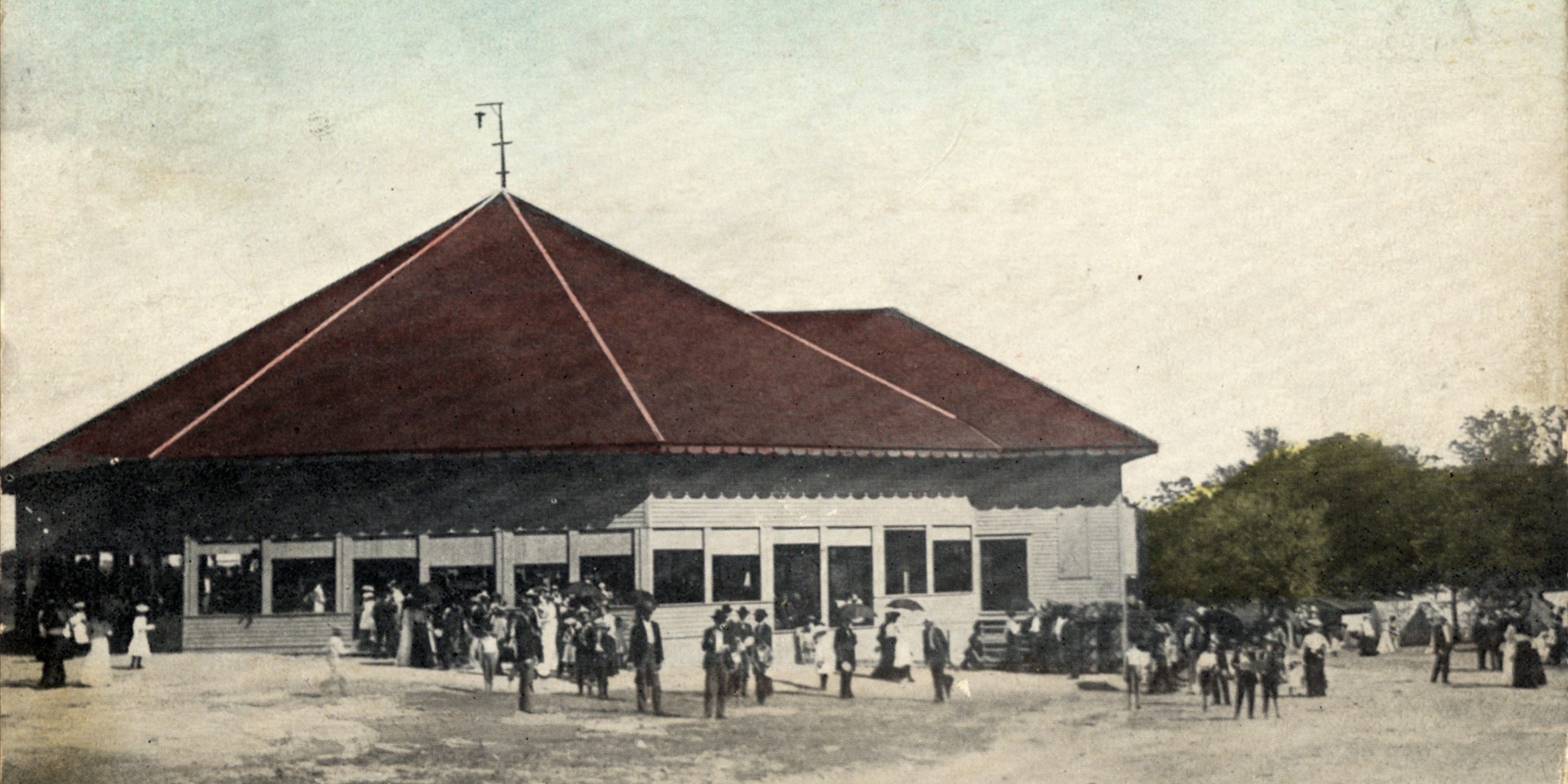 The Chautauqua movement began at Lake Chautauqua, New York in 1874 as a summer retreat for the training of Sunday School teachers. It immediately included academic subjects, music, art, humanities, and physical education and it established itself as a national forum for open discussion of public issues, international relations, literature, and science.

Because of the popularity of its ideals, the Chautauqua movement spread quickly and Chautauqua assemblies sprang up all around the country, including in Texas and including in Waxahachie! The Chautauqua movement spread to Texas in the 1880s, with Texas Chautauqua Assemblies established in San Marcos in 1885, Georgetown in 1889, followed by many others including Mineral Wells, Dallas, Paris, as well as Waxahachie.  They frequently built ambitious and elaborate campgrounds, cottages, restaurants, auditoriums, classrooms, and other buildings.

Waxahachie competed against Ennis and other Texas towns and won the Chautauqua in 1899.  Beginning in 1900, the Waxahachie Chautauqua Summer Encampment and Assembly provided two weeks of education, culture, art, and recreation to the citizens of Waxahachie and to nearby cities, counties, and states. It attracted thousands of participants and hundreds of campers and became the center of social, religious, and economic life in Waxahachie. At 31 years, Waxahachie had by far the longest running Chautauqua in Texas.

The “Little City” in the Park

In 1900 the West End Park became a little city during the 10 days of the first Assembly.

It was surrounded by a board fence, which also served as hitching rail for livestock. Along with 75 tents erected in the Park, one could find a restaurant, a barber shop with two chairs, a telephone booth, a post office, a newsstand, a cold drink establishment, and a night watchman. An existing pavilion in the Park, not the current Auditorium, served as the focus point for programs and performances for the first few years. These annual assemblies last 30 more years. 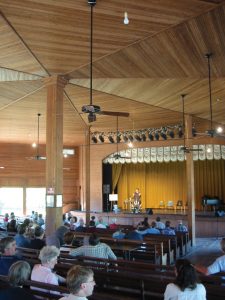 The Waxahachie Chautauqua Auditorium, an unusual octagonal 2500-seat open-air auditorium, was built in 1902 to accommodate the throngs of people attending the annual Chautauqua Assemblies. In the mid-1970s, the decaying and almost demolished auditorium was resurrected and restored through the efforts of local citizens and remains today a monument to the Chautauqua history of Waxahachie. It has been awarded a Texas Historical Marker and is on the National Register of Historic Places. It is the only known original Chautauqua building still standing in Texas. .

The Chautauqua idea currently still thrives at Chautauqua Institution in New York and at its surviving Chautauquas around the country. Chautauqua has grown to represent life-long learning in its fullest sense – educational and cultural opportunities for the total person. It has been one of the major influences in adult education in this country and remains true to its founders’ 1874 ideal of “embracing the ‘all things’ of life.”

Since its revival in 2000, the Waxahachie Chautauqua has come alive again and offers a unique place for discovery and renewal. Lectures and performances in the arts, humanities and sciences presented by respected scholars, artists and teachers have graced the stage and the surrounding Getzendaner Park.

Additionally, creating public art through the Trash Can Transformation has been an integral part of the annual Chautauqua event in late September for the past several years. You can see these creatively decorated trash cans distributed throughout many of the Waxahachie Parks.

Chautauqua Auditorium, along with the surrounding Getzendaner Park, continues to be a sought-after venue by local arts and cultural organizations, schools and others. Throughout the year, one may find educational, inspirational and entertaining programs and events in the restored Chautauqua Auditorium, in old-fashioned tents, and in the surrounding pastoral shaded setting of Getzendaner Park.

The Chautauqua tradition is alive and continues in Waxahachie!