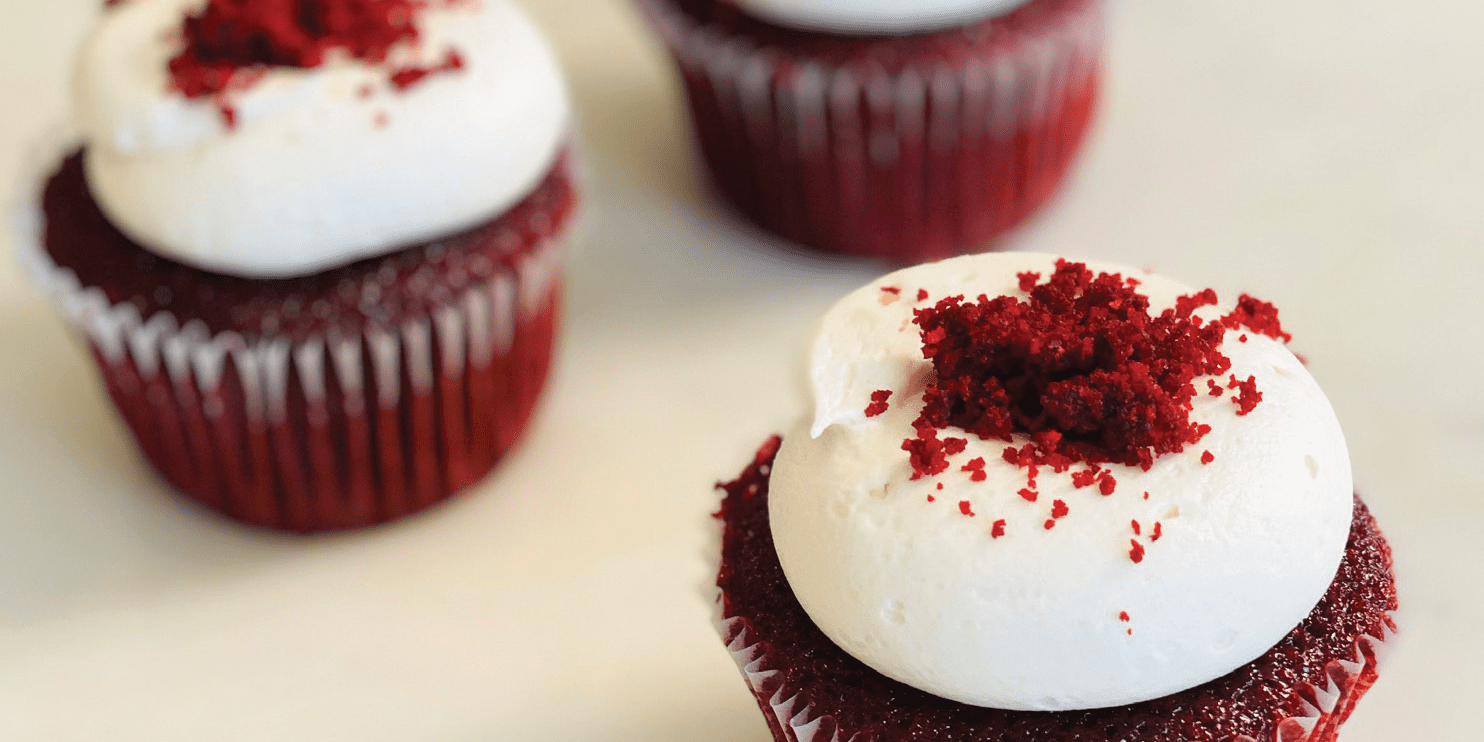 When I first started Bittersweet I had a lot of silly ideas, which I suppose happens when you open a business at the wise old age of 20.

The first, and dumbest, idea that I had was that I wanted everything to be prepared over an open flame. I dont know where I decided the heat source would produce a superior product but I was very anti-microwave and I very much did not think through how I’d even reheat my lunch. Thankfully, on day one of business my five foot two mother wobbled through our doors with the largest microwave that the local Walmart carried. She placed it in the corner of my kitchen, on top of the state of the art outdoor furniture I was using as bakery equipment, and my plan to prepare everything over a flame was promptly thrown out.

The second idea I had was that I would create a new flavor of cupcake every single day in an attempt to not repeat the same flavor twice, and things got weird. Obviously, we rode on the easy ones like lemon paired with literally

every fruit known to mankind because that’s the beauty of lemon. Or even creating a flavor and then flipping the elements, one day it’s chocolate cake with orange buttercream, the next it’s orange cake with chocolate buttercream and so on and so forth. Realistically, this could only last so long – and while this idea of mine was stupid and not entirely planned well, it did teach me how to pair flavors and build recipes.

To keep it going as long as I could, I would gain inspiration from everything around me. Fine dining wasn’t exactly accessible because 1) I lived in Corsicana, Texas and 2) I was a 20 year old. So, when I did go out I would take photos of not just the dessert menu, but cocktail menus too. I would walk the cereal and ice cream aisles seeing what was popular, what was seasonal, and what lingered on the shelf a little too long. I’d even get inspired picking up a coffee, which recently happened to me when I visited Savannah, happened to order a lavender mocha and had my world and taste buds flipped on their head! Ten years later it’s rare that a flavor combination will

stop me in my tracks – but this was one. I know mocha. I know lavender (and I know some of you think “oh that tastes like soap”) but the combination together created a drink that balanced each ingredient into an earthy yet indulgent experience that wasn’t already familiar to me. So obviously I came back to Texas and turned it into a cupcake that you can find on our menu throughout the month of February along with all of our bestsellers that we do, in fact, repeat.

But the third and worst idea I had was that I wouldn’t ever make just a vanilla cupcake, because god forbid I would ever do something so basic. The problem with that, and what I quickly learned, is it’s absolutely crucial to perfect those basics. Of course fun flavor combinations will taste delicious! Who wouldn’t like a cupcake stuffed with house made salted caramel and dipped in a semisweet ganache?! Even if the cake was bad, how would you really know when it’s being hidden? The most daunting task as a baker is when you strip all of those extras away and you’re left with having to produce something perfect in its simplicity, with nothing to hide it. Now, when I visit other bakeries, I always try their classic vanilla first to see their skill. And trust me, there is nothing basic about a vanilla cupcake made exceptionally well.

As Bittersweet die-hards know, we now carry our Vanilla Pearl Cupcake every single day, but for quite some time it wasn’t even on the menu – and believe it or not it wasn’t the most controversial cake that was missing. Honestly, admitting this may very well have the bakery boycotted, but I feel that passionately about this topic that it’s my civic duty to share my long running love/hate relationship with Red Velvet Cake and why it took so long for me to add it to our master list. I think it’s the worst

I was able to avoid it for years, came up with every excuse. Even tried the natural route with the beet thing. Which by the way, dried beets smell horrifying and Red Velvet Cake isn’t that good to go through the trouble of attempting to replicate it with a different ingredient because my beef with the famed dessert doesn’t actually lie in its ingredients list, or it’s lack of flavor. Well, mostly. My problem is that Red Velvet is masquerading as something that it isn’t and I want to get this straight once and for all. Red velvet is in no way chocolate. So when you say “I mean it’s basically just chocolate, right?” Not only does it make my eye twitch but it’s very offensive to the beauty that is chocolate cake. If it’s “basically anything” it’s basically just red dye! Some of you are thinking “wait! There is some chocolate!” But not really. The amount in any recipe is so small, and when compared to the copious amount of dye needed to produce that ruby red hue, red velvet is known for any remnant of delicious chocolate is completely lost. In my opinion, if you had to label it as anything it’d be a buttermilk cake. So why not just do that? Buttermilk cake with the cream cheese buttercream that’s stealing the show anyway and is my bet as to why most of you even like the dessert. Or better yet, for those that insist that it’s “basically chocolate” why not do a chocolate buttermilk cake with cream cheese frosting? I’ll tell you why – those cakes will never be as popular and that’s because they’ll never have that iconic color that everyone has fallen in love with. Myself begrudgingly included, (if I don’t think about the why, and the surrounding controversy and history that fuels my obsession and makes it one of my very favorite topics to debate).

While a form of a velvet cake can date back to the 1870’s, the origin story for the infamous red velvet cake is a little harder to track down, but I’ll tell you about the two with the most traction.

The first being that it was a depression-era cake, where the red food coloring made up for the lack of cocoa. As the late John Egerton said it best “to me there seems no culinary reason why someone would dump that much food coloring into a cake” unless, of course, they had to. With that said that also helps the second theory, and the one I personally believe, which is that Austin-based Adams Extract company provided homemakers with the first ever recipe in an attempt to sell their red coloring. That’s right,

(just don’t tell the people that think she came from Indiana. Or New York.) Regardless, while I can’t ever fully support the cake, red velvet and it’s messy history has forever earned its spot on my menu.